As part of our weekly video series, we discuss five real tips you should use when choosing your Powerball and Mega Millions numbers.  Watch our YouTube video or read the full transcript below.

Hi and welcome to Lotto Edge. This week both the Powerball and Mega Millions are over $300 million.

Now I know everyone is out there looking for a little edge when picking their numbers. And we’ve seen a lot of bs systems out there being peddled and they’re just money grabs and don’t really help.

Today I’m going to give you five tips based on historical analytics to help you pick numbers anytime you’re playing the Powerball or Mega Millions.

Now this isn’t a system. It’s just observations we’ve made here at Lotto Edge that may help you.

Now again those exclude the Powerball and Mega Ball. And so a lot of people will only play birth dates or anniversaries. Now the problem with this is it only uses calendar days which go to 30 or 31 days. You’re leaving more than half of the numbers off of your playlist.

Let me show you something. We looked at the last 16 years of Powerball drawings and the last 12 years of Mega Million drawings.

So in Powerball, that was over 1,700 drawings and we found that out of those drawings only 46 drawings had all the numbers of 31 or under. That’s less than three percent of the drawings fell with all calendar days.

Same thing with Mega Millions. We see here that only 31 drawings or less than two and a half percent of the drawings fell with 31 or under.

Okay tip number two. Pick your numbers without following a pattern. So some people pick numbers like 3, 13, 23, 33, 43 etc. Or they draw diagonal patterns or a star pattern on their draw slips.

Tip number three. You’re going to want to mix your numbers between even and odd. So here again we analyzed Powerball drawings for the last 16 years and Mega Millions for the last 12 years and here’s what we found.

We also looked at if you had four even and one odd or one even and four odd. And that happened about thirty percent of the time for both Powerball and Mega Millions.

Now here’s where the real edge comes in. By mixing it up and picking pretty evenly about three even and two odd or two even in three odd it happened about 64 percent of the time that the results fell into this range. And that happened for both Powerball and Mega Millions.

So you’re going to want to typically stay with a good mix of even and odd numbers and try to stay away from going all even or all odd.

Okay tip number four is sum up the total of all your balls. And by that I mean taking the five balls that you’ve selected and add those numbers up. What we found is 75 percent of the time the sum of those five balls fell in the range of 101 to 200.

That was pretty consistent for Mega Millions as well. By summing up the five balls we found they fell in that range of 101 to 200 about 69 percent of the time. So basically you’re going to want a pretty good mix across the board versus all really low numbers and all really high numbers.

Okay the last tip, tip number five, is for after the drawing. Always, always double check your numbers. You would be surprised at how many winning tickets go unclaimed when people misread the results or forget to check their numbers.

So you can use Lotto Edge to check them you can use any other site you want but make sure you’re checking the right date for your drawing and always double check your numbers.

All right well we appreciate you tuning in and wish you the best of luck. Thanks! Subscribe to our newsletter for more expert tips & tricks.

Plus we’ll send you our 5 Secrets Lotteries Don’t Want you To Know for FREE! 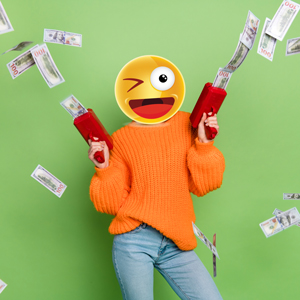 Remain Anonymous if you Win the Lottery? 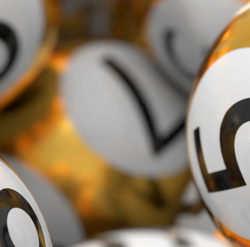